CCI Art Award -- Heartbreak, by Tristan of Mazenod College
​Access Education Poetry Award — How Did This Happen? by Edward of Xavier College (Burke Hall)
ACU Writing Award — Where We Used To Bleed (And Where Our Blood Needs To Be), by Lauren of Catholic Regional College North Keilor
​

How Did This Happen? by Edward, Burke Hall - Xavier College 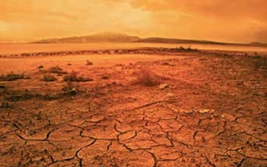 Lifeless. Done for, cut off from the real world. I am crusty, broken, thirsty.
How did this happen?
It was so good at one stage.
Dense, green, bursting with life, always moist
I have been erased from the real world, gone, extinct.
I feel barren, empty.


Some lucky people would have known me.
When will someone love me?
When will I be given a chance? I want to feel lush again.
Perished. Wasted. Lost. Where is everyone? Could I be lost?
God please, please give me the tears of joy.
Let the drought break.

Where We Used To Bleed (And Where Our Blood Needs To Be), by Lauren of Catholic Regional College

​They had watched the first hovercraft being live-streamed across the globe, bodies bundled together for warmth as millions of sanguine eyes just like theirs had been glued to grainy pixels of optimism. The world had looked on with bated breath as they had landed, as New Earth became the future of humankind, as a mother made a sudden oath.


After the ground-breaking success of the first launch, they had sent out hovercrafts to New Earth for months, frantic bodies clambering onto their ticket to survival with a weary sense of urgency, a will to live regardless of wherever that may be. Tickets had cost more than any working-class citizen could ever dream of holding, so the rich and famous had secured their livelihood, smiling through their egotistical teeth as they boarded a flight to a world unknown.


It was as if Old Earth had already been decimated, for few souls had deluded themselves into believing that a coveted ticket to a new planet was anything but the solution. Millions had sold all their worldly possessions in a desperate bid to make it to New Earth, yet a mother had modestly saved her earnings as she watched her daughter in the courtyard, her honey golden locks dancing in the late autumn breeze.


Months had drizzled by and Old Earth’s population had started to dwindle as tales from those who had made it out to New Earth began to pour in. Tales of acres of vivid flora spanning across cotton candy skies and glistening lakes peppered with golden leaves; essentially, New Earth was as whimsically inconceivable as the very notion of a whole new planet to inhabit and conquer. A mother heard these wondrous tales, dreamt of her daughter in such a place, dancing along the crystal lake with leaves in her locks and the trees as her witness.


The last of the flights to New Earth brought on a sense of hopeless desperation. While many scrambled to ee, others had resolutely decreed that Old Earth was their only home and if it were to die, they were dying alongside it. A mother simply shook her head at their foolish vows of activism as she received her final earnings, slowly counting the notes that would become her solace.


The final day on Old Earth was everything and nothing like one would imagine; there were no thunderclouds, nor any great beasts roaming, just a mother dragging a bleary-eyed young girl out of what they once knew as home in the wee hours of the morning, a tiny pink suitcase adorned with a handwritten note attached to the handle trailing behind them. The sun had risen just like any other day as a mother drove halfway across the country, the wind swaying softly as a ratty old car pulled up to the airport.


One could expect that what remained of the human population on Old Earth had gone into a state of pandemonium; this was partly true in the sense that those who were vying for a ticket for the final flight had become rabid. People were shoving, wrestling their way closer in line, whatever it took to get a ticket of salvation. A mother had watched the insanity around her and sighed, slowly moving towards the ticket booth with a tiny hand laced within her older, calloused one.


Hours trickled by, desperation clawing down throats as the metaphorical clock ticked, signalling the mortality of what once seemed indestructible. A mother had handed over her life savings to a young man who had wordlessly handed her a single slip of paper, securing a life with all she had to her name.


The boarding area held a certain air of permanence, of letting go of all that once was in order to start anew. A mother had softly woken a dishevelled mop of blonde curls as the departing sign flashed in garish neon above them. As the last of the civilians had said their final goodbyes to Old Earth, a mother had tearfully engulfed her child in a despairing embrace, weeping into blonde locks as her body shook with the knowledge that she was saying goodbye to the only home she had ever known.


When the last passenger had boarded, a hysterical young girl with wild golden curls who had to be dragged on board, a mother had stood in shocked silence, fat droplets streaming down her face as she watched the only being she had ever loved board a flight to a new planet, never to see her mother again, yet able to live until her golden hair faded to ringlets of silver.


There had been something serene, almost right about the world ending, as if Old Earth had heaved its last breaths in resignation, irrevocably ready to collapse in on itself. The oceans had spilled over, intertwining with the flesh and blood of hope, washing away millennia of pain and power, glory and gore. A mother had simply laid down and shut her red rimmed eyes, finally at peace to let go as the waves crashed into her body, collecting all that she was into the depths of decimation. Her last thought was not of restricting air and persistent waves, but of honey golden curls swaying in the breeze.